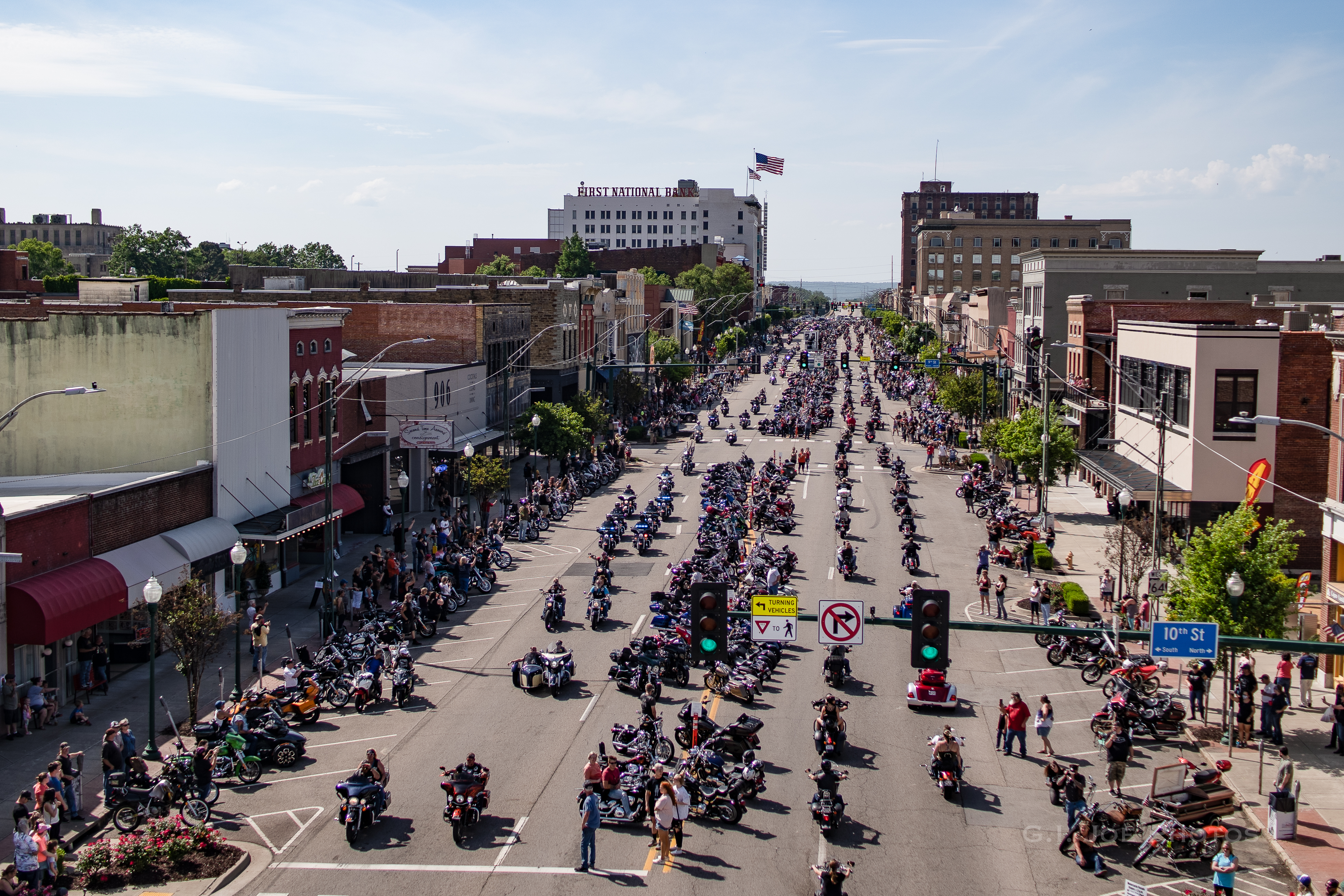 “We are ecstatic with this year’s turnout for the Steel Horse Rally,” said SHR President Dennis Snow. “2020 was a very challenging year for us and we were grateful to be able to have the event this year. We did not know if the charity would be able to survive since we were unable to do the event or any other fundraising activities last year. But thanks to our board of directors, volunteers and sponsors, the 2021 Steel Horse Rally was a tremendous success. Because of these dedicated people, we not only had a successful charity event, but added three new additions this year.”

The 2021 Steel Horse Rally debuted “Cops and Cones,” a motorcycle exhibition that featured Arkansas-based law enforcement riding their motorcycles through a challenging course of cones. This new event was hosted by the Fort Smith Police Department Motorcycle Unit and was a fun event for the entire family to watch.

The second addition to this year’s event was the new entertainment stage located in the First National Bank Parking Lot at 6th Street and Garrison Ave. which was renamed “Steel Horse Alley” during the rally. This allowed attendees to park their motorcycles in the middle of Garrison Avenue and be within walking distance of the new entertainment stage, 70+ vendors, and the Cops and Cones.

The third new aspect of the event was utilizing the Entertainment District. This newly enacted local ordinance allowed attendees to make a charitable donation for a specially designed bright red Steel Horse Rally charity cup that allowed patrons to walk on Garrison Avenue and throughout the Entertainment District with an alcoholic beverage. 100 percent of the donations from the cups go to four local charities: Antioch for Youth and Family, The Buddy Smith Veterans Home, the Fort Smith Museum of History and the Children’s Service League. Once all of the charitable donations for the cups are collected from local businesses who were official “Steel Horse Rally Charity Cup Locations,” the donations will be presented to the four charities by the Steel Horse Rally Inc. charity.

Michael Crouch, Steel Horse Rally Board Member and co-owner of Old Fort Harley-Davidson, said, “We are excited to be a sponsor since Day One of the Steel Horse Rally. Our sales have increased every year and we expect this trend to continue!”

Snow said much of the success of the Steel Horse Rally is because of the support of and cooperation with the Fort Smith Police Department.

“We had zero arrests during the 2021 Steel Horse Rally,” said Captain Daniel Grubbs, Commander of Special Operations of the Fort Smith Police Department. “That’s a pretty amazing fact, considering the amount of people in attendance.”

New Fort Smith Convention and Visitors Director, Tim Jacobsen had this to say about his first time experiencing the Steel Horse Rally: “The Steel Horse Rally generates exposure to the great destination of Fort Smith and creates experiences motorcyclists seek with the rolling hills and the scenic rides though the River Valley Region.”

“We are proud to once again welcome a tremendous crowd to our great city,” said Fort Smith Mayor George McGill. “We are already looking forward to hosting this event May 6th & 7th, 2022.”